A renewed passion lead to the search for an endurance saddle pad.

It was in my fourth year of medical school when I finally found myself in the position to once again follow my passion. I acquired a neglected, underweight and mentally shut down 11-year-old Arab/Quarter Horse mare named Gem in 2009.

After slowly working with her, trying to figure out what she liked to do beyond eating grass and taking long naps in the sunshine, I stumbled onto endurance riding in the fall of 2011. I showed up to my first ride in all the wrong tack and human attire, but we completed the 25 mile ride earning a top 10 placing, and we were both hooked. 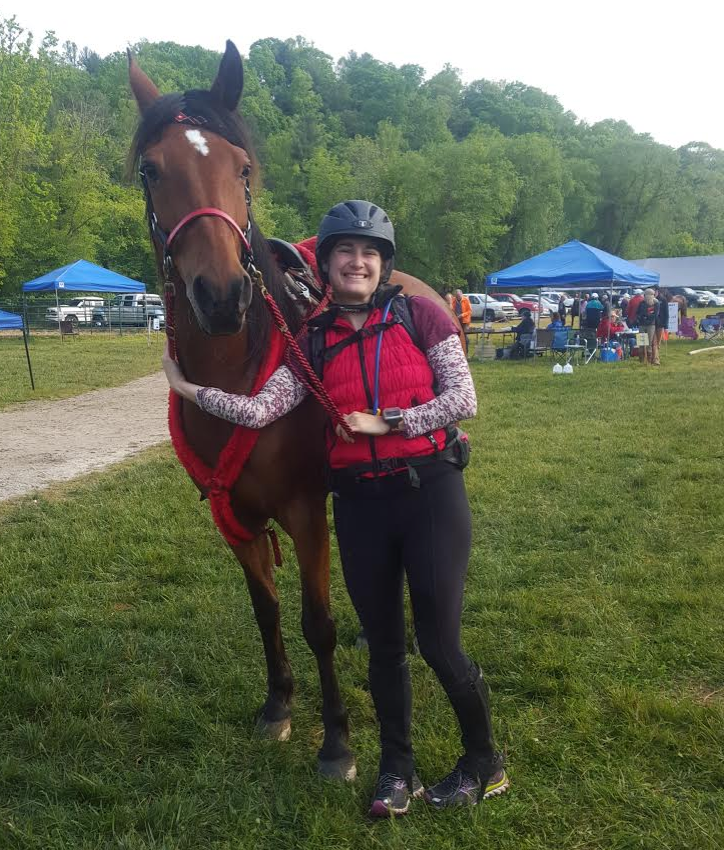 Gem is a bit of a saddle fitting nightmare thanks to her short back, well sprung ribs and forward girth groove. It took me a long time to get a saddle that fit her well and would not cause issues after many hours in the saddle. The saddle is only part of the equation though. Once I had an endurance style saddle that worked, I knew I had to get a pad of equal quality.

When searching for a pad, I knew I wanted certain features:
• Non-slip surface
• Sheepskin against her back
• Enough pad to cover the saddle area, but not a lot of excess to avoid rubs
• Shimmable for changes in her back in the future

All searches led to the ThinLine Full Sheepskin Endurance Round Skirt Pad, and I ordered it with much anticipation. It arrived the fall of 2014 and it fit her perfectly. I was able to try it out on a 50-mile endurance ride the winter of 2015, and she had all As on her back scores throughout the ride at the various vet checks and seemed happy. I was a bit concerned with heat retention given the thickness of the pad and was looking forward to a spring and summer here in South Carolina to test that out.

Unfortunately, she suffered a major laceration in the summer of 2015 that required emergency surgery and took her out of competition for the rest of 2015. She healed well though and came back in 2016 stronger than ever.

In May of 2016, we set out to compete in our first 100-mile endurance race at Biltmore Estate in North Caroline. She performed beautifully all day with amazing recoveries during all vet checks and completed the ride in 18:02. Her back scores were all A’s the entire time, and she never even flinched when the vet would palpate her during a hold.

The temperatures were hot during the day and, while she was sweaty under the saddle, it was cool to the touch as the saddle pad provided cooling. The pad held up really well during the entire ride and, even though I had purchased a second one as a back up, I never needed to change out. The non-slip surface provided by the top layer of material made it so I never had to get off on trial to pull my pad back into place even with nearly 10,000 miles of elevation gain and loss throughout the ride. 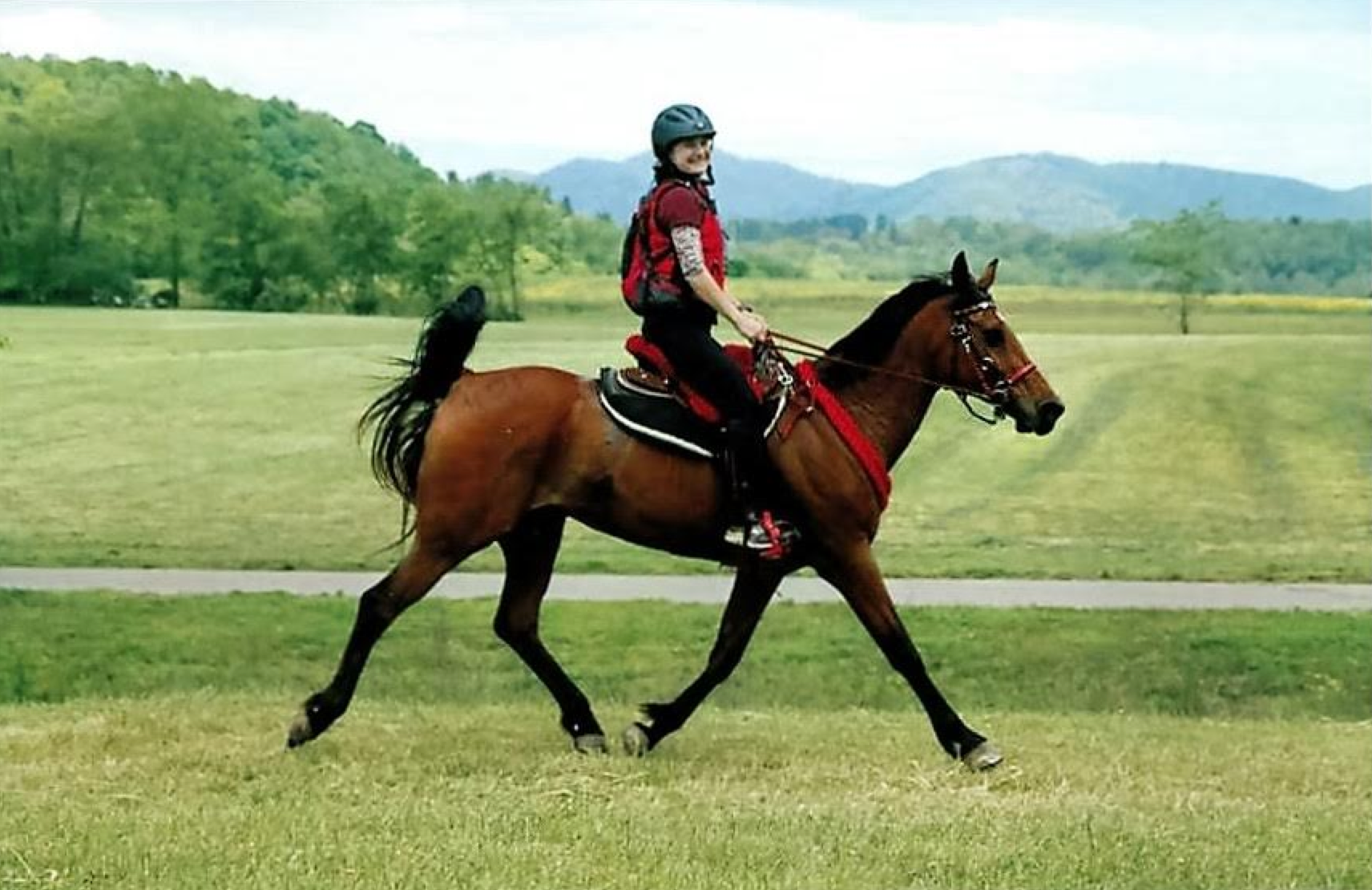 I have hand washed the pad twice now with the recommended cleaner and both times it has looked next to new again after it dried. My only complaint is that they take forever to dry out after washing!  I learned a trick though and now I put it in front of a gently blowing fan to dry and it cuts down drying time in about half.

Wear on the pad has been great. The wool is in great condition after 150 competition miles and countless conditioning miles. After a hard and sweaty work out I just brush it out with a thin wire brush and it is soft and plush again. The outside material shows some wear where my cinch strap lays against the cotton. It would be nice to have a patch of leather in this region to protect the pad and increase longevity, but so far the rub is minor and on the surface only.

I love the pad and look forward to many more miles with it on her back.

Sara Borkosky When did I begin riding? I think a better question is when was I ever not riding! I grew up in suburban Pennsylvania and was fortunate to have an Aunt and Uncle who had horses only two hours south of us.  I have pictures of me sitting on a horse in front of my Uncle when I was 3 years old, and the love affair never really ended. They instilled in me a love for exploring the world on horseback. Life did get in the way here and there.